Destroy
Participate in a real digital economyPlay and win 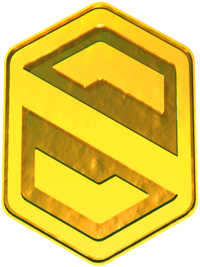 Supremacy is a revolutionary sustainable metaverse game, where AI-controlled War Machines destroy each other in a 24/7 Battle Arena.

In the year 2149, governments have fallen and the world is a battleground for the AI-run factions. Pledge your allegiance to your faction, influence their battles and earn.

SUPS tokens are your economic power in the Supremacy game, from voting and influencing the war through in-game purchases in the Battle Arena to buying War Machine NFTS and in later phases supporting the entire in-game economy as goods, services and progress is sold for SUPS tokens.

Journey into the heart of the Supremacy world and if you can survive, the game rewards will bring glory to your fight.

To beat them, you must first join them. War machines are AI controlled and armed to the teeth. Equipped with weapons, armour, control systems and expansion slots, War Machines stand the size of an apartment building, and are designed to wreak havoc and cause maximum damage.

Starting with base models, Citizens will soon use in-game tokens to upgrade their War Machines with better weapons, stronger armour, offensive and defensive systems and AI pilots.

We are The Ninja Syndicate

The Supremacy metaverse game platforms are an initiative of Ninja Syndicate. A game development, crypto native, software engineering studio based in Australia.

Supremacy is the Launch Candidate of the XSYN Network, a suite of integration tools and gaming mechanics that were made for the metaverse. XSYN empowers developers and game owners to join in to the future of the internet.